Our core team work from our studios in the Design District on Greenwich Peninsula, and we work with a wide range of freelance artists on each project. 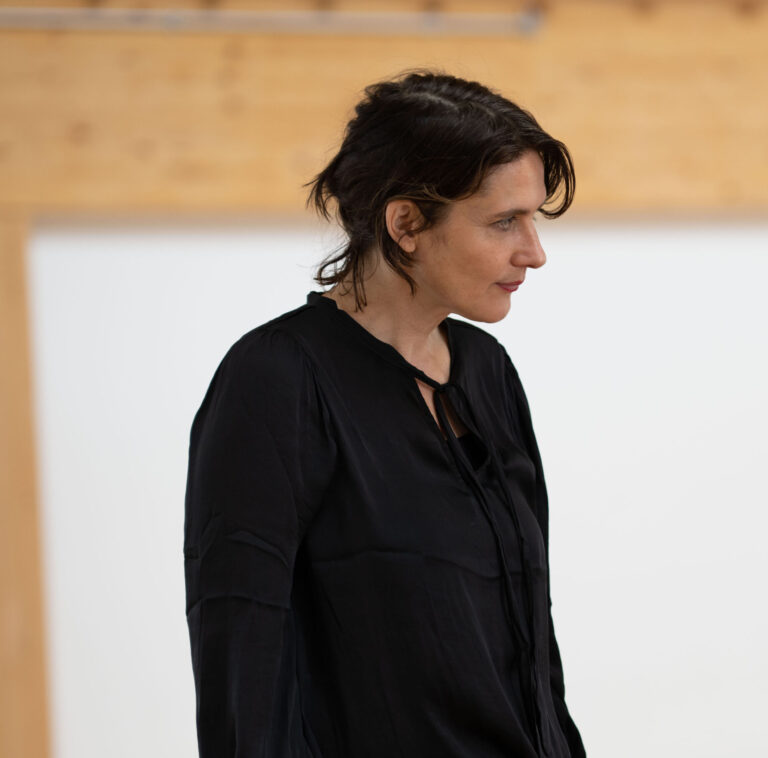 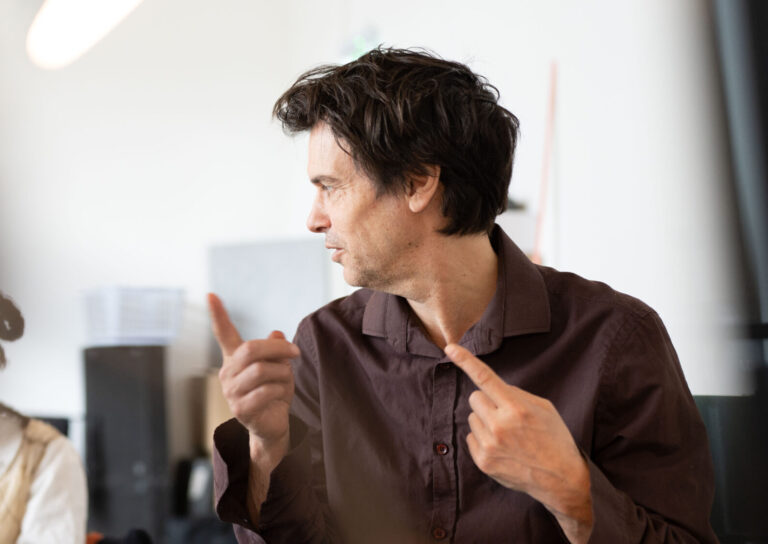 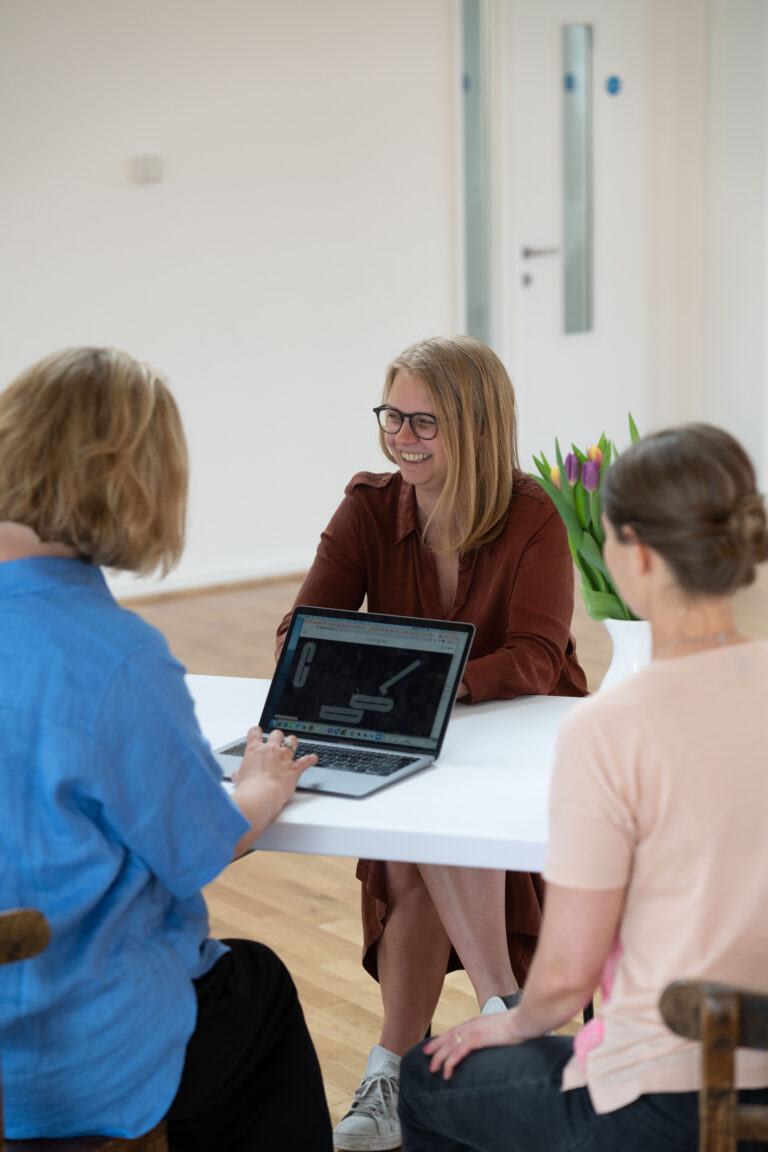 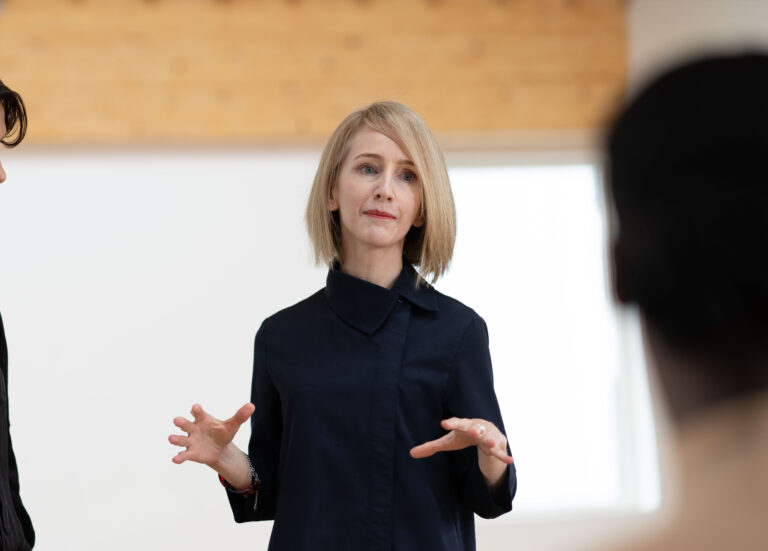 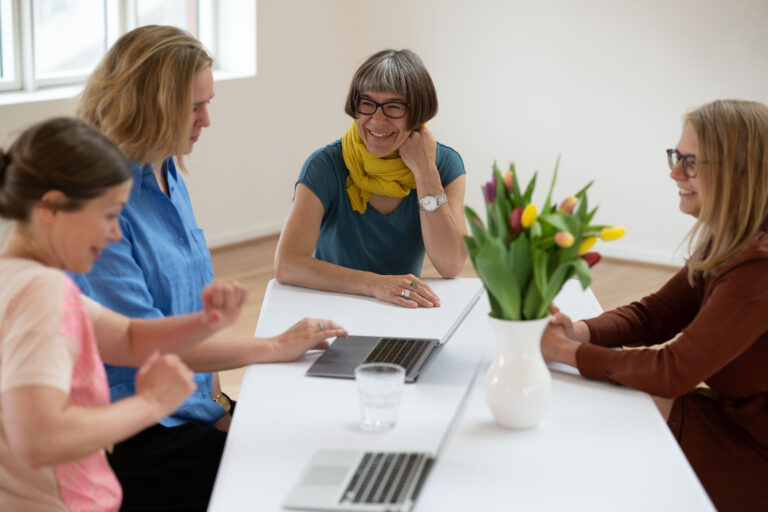 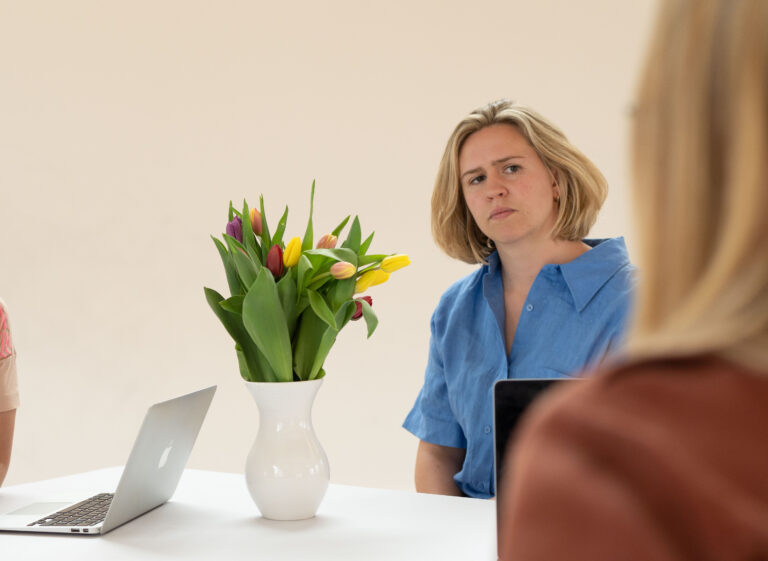 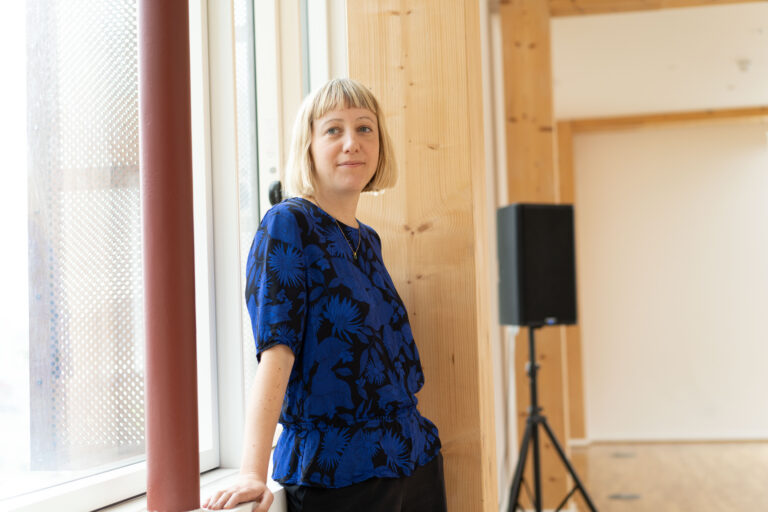 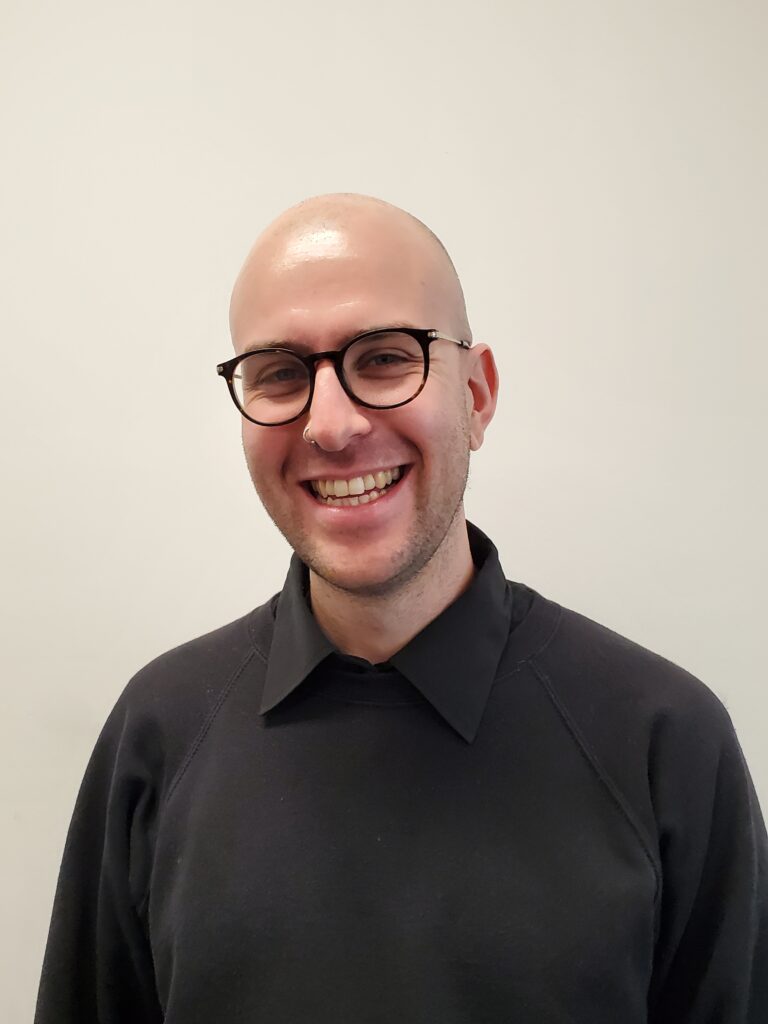 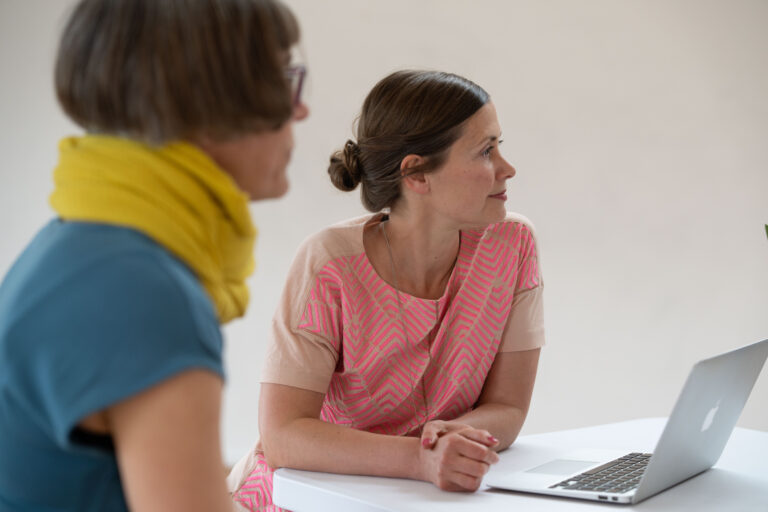 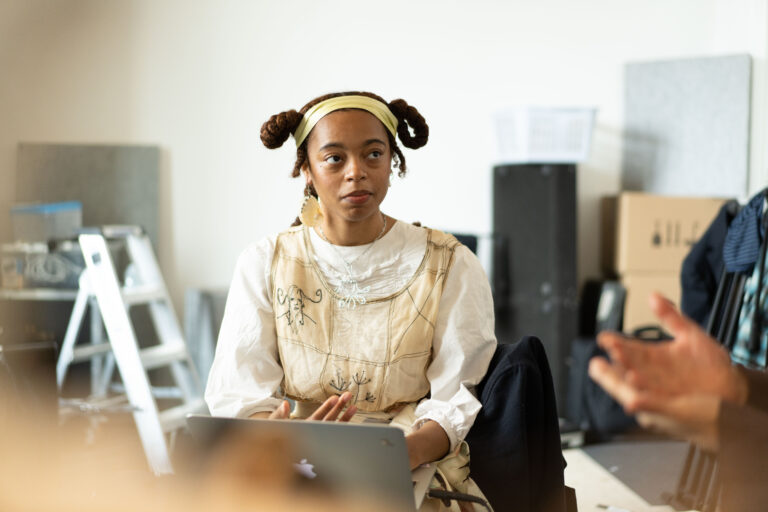 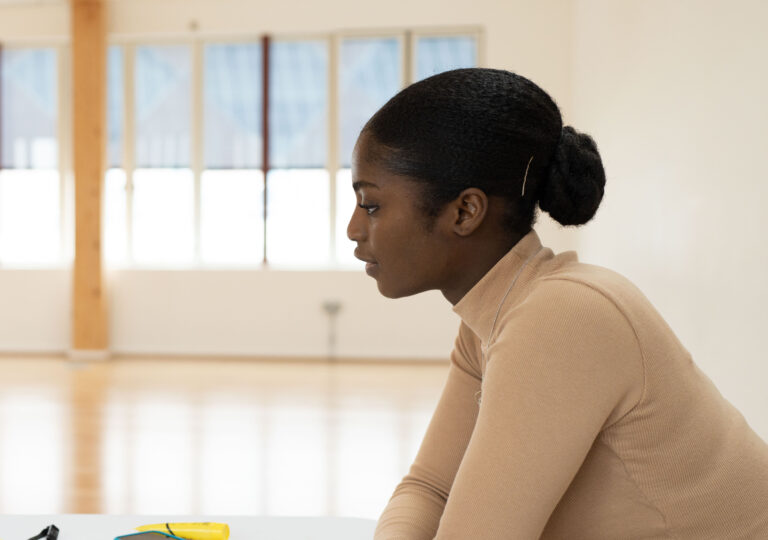 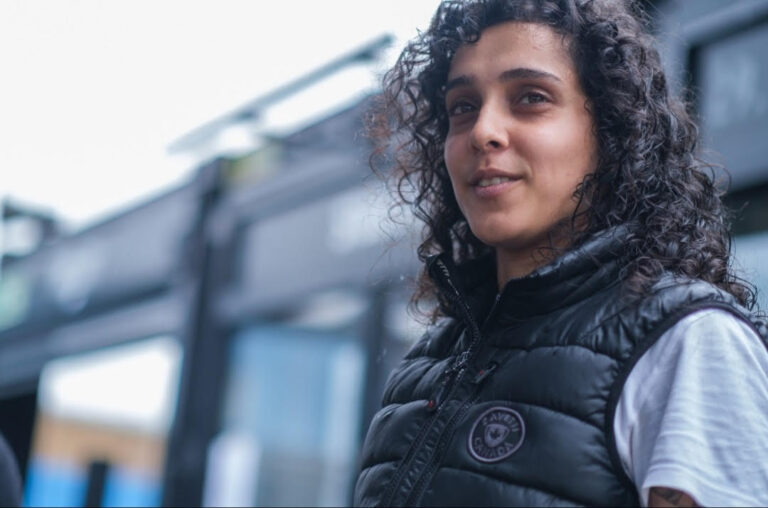 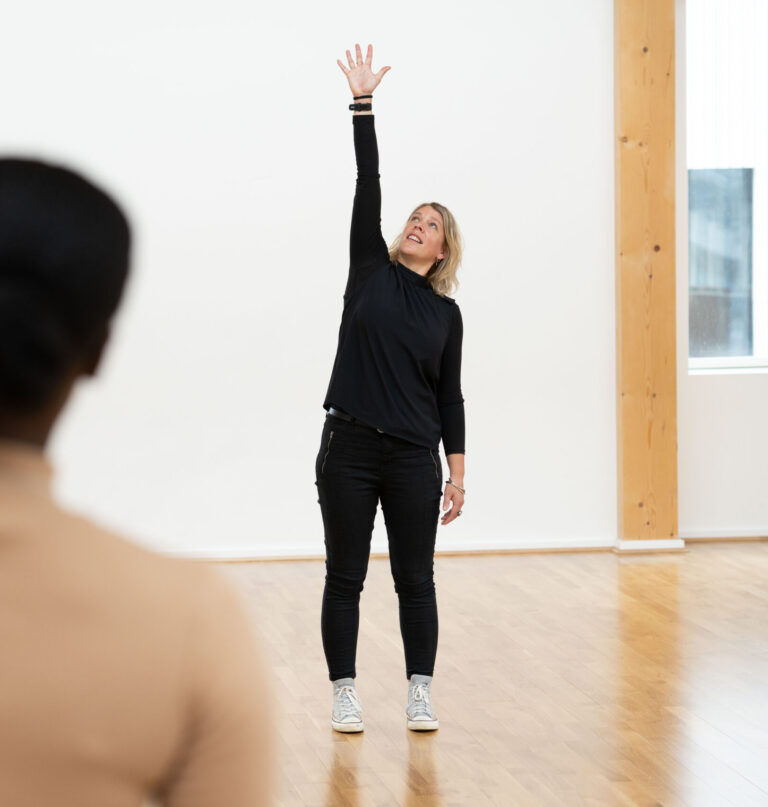 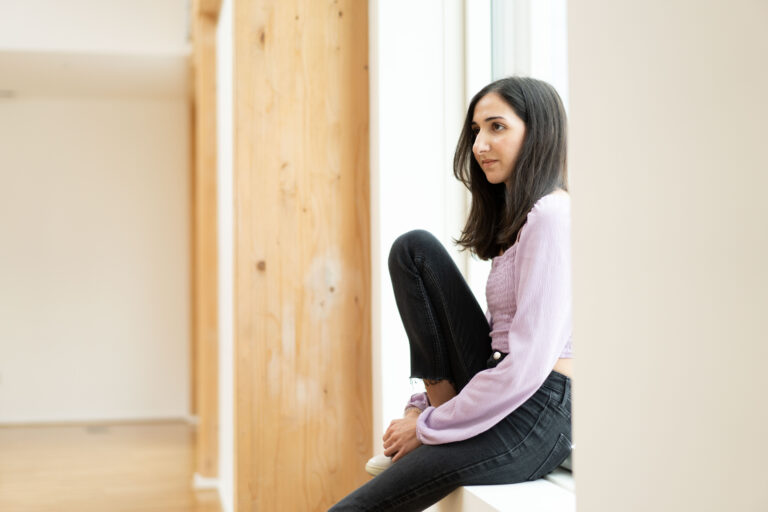 Over 25 years, Suzy Willson has created an extraordinary body of work that has pushed the boundaries of choreographic practice. After training with legendary theatre and movement teacher Jacques Lecoq in Paris she created CLOD ENSEMBLE with composer Paul Clark, creating award-winning, movement- based performance work which ‘defies categorisation’. Her work is provocative, uncompromising and finely crafted – ambitious in scale and concept – shown in art galleries, theatres, dance houses and public spaces in the UK and internationally.

From the choral lament Silver Swan in Tate Modern’s vast Turbine Hall, to Red Ladies – performed across an entire city (complete with helicopter, stretch limousine and owl) – to An Anatomie – dissecting Sadler’s Wells auditorium and stage – Suzy’s work has always encouraged people to see familiar spaces from a new perspective. She has inspired a generation of artists and choreographers who want to make interdisciplinary work and has created a powerful platform for artist development.

Suzy’s work in the area of movement and medicine is pioneering. The Performing Medicine programme encourages people working in healthcare to appreciate the choreographic, non-verbal and spatial dimensions of care as well as inviting the general public to consider themes at the heart of 21st century medicine. She is Professor of Movement, Arts & Medicine at Barts and The London School of Medicine and Dentistry, Queen Mary University of London.

Suzy is powerful advocate for the importance of dance, movement and choreography in our culture and an articulate spokeswoman for its potential to change the way we think about our bodies and how they move in relation to the contexts and spaces we inhabit. She is a regular contributor to journals and books on both performance and medicine – with articles in Dance Theatre, The Guardian, The Lancet, Performance Research, Routledge and Methuen edited collections, and has been interviewed on BBC Radio, More4 News and Sky Sports after a project with footballers at Cardiff FC.

Paul is co-artistic director of CLOD ENSEMBLE and has written critically acclaimed original scores for all the company’s productions to date – ranging from totally acoustic works, to multi speaker installations. Each score is a bespoke piece that is in a dialogue with the visual material; Silver Swan is an acapella piece for seven classical singers; Under Glass is an entirely recorded surround-sound installation; whilst An Anatomie counterpoints electronics, live orchestral music and a rock band.

As a leading composer on the British theatre scene, Paul has written dozens of scores for theatre in the UK and internationally. He has written music for and with a hugely diverse range of musicians from Manchester Camerata and Österreichisches Ensemble für Neue Musik; to Dangermouse, the Welsh National Opera male chorus and Mark E Smith (The Fall).

Paul has a long-standing collaboration with theatre and opera director Katie Mitchell for whom he has written over twenty scores in theatres across Europe, including Waves and Wunschkonzert, and with Gare St Lazare with whom he created Here All Night (Lincoln Center, New York, Brighton Festival, The Abbey, Dublin) an acclaimed words and music piece using texts by Samuel Beckett. In Spring 2019 Paul composed the score for Norma Jeane Baker of Troy featuring Renee Fleming and Ben Wishaw, as part the inaugural season at The Shed, New York.

Paul is a powerful advocate for the access of young people to live music and leads CLOD ENSEMBLE’s inspirational project for music creators, Ear Opener.

Roxanne is Executive Producer, working with the Artistic Directors to shape and deliver Clod Ensemble’s artistic programme, across live performances, public events and participation. She leads on the strategic development of new partnerships and projects. She studied Drama & Theatre Arts at University of Birmingham.

Catherine is responsible for strategic vision at Performing Medicine. After graduating in Modern Languages from the University of Oxford, Catherine was awarded a European bursary to train in production at the National Film & Television School’s Short Course Unit. Over the next ten years, Catherine went on to develop, produce and direct a wide range of broadcast and arts funded films.

Catherine joined EdComs, a leading educational communications agency, in 2007 where she founded the company’s in-house film unit. As Head of Film, Catherine led the team to win the prestigious ‘Evcom Production Company of the Year Award’ in 2015. Work focused largely on young people’s health, curiosity and learning and was created for clients such as Wellcome, Public Health England, Sport England and the British Council.

Olivia Amory studied English at Bristol University before starting her career in arts administration. She has worked for the Independent Theatre Council (ITC), World Stages London, The Print Room and Shakespeare School Festival. She worked as an independent producer before joining Clod Ensemble in 2017 as General Manager. She is now Head of Operations and Finance.

As development manager, Julia is responsible for fundraising, new partnerships and opportunities for growth across Clod Ensemble’s programmes. Julia has a background in science – she has a BSc in Biology and worked in development and operations for the charity Sense about Science. She holds an MSc in Strategic Charity Marketing and Fundraising from Bayes Business School.

Fred joined Clod Ensemble in 2022 as Head Of Communications. Prior to joining Clod, he spent several years working for the online record shop and music website Norman Records, first as a writer and subsequently as Features Editor. In a freelance capacity, he has written about music, art and culture for publications including Vice, Bandcamp Daily and Novara Media, and has worked with the Youth Music charity and the Huddersfield Contemporary Music Festival.

Fred is also a musician and performer who has toured nationally and internationally, sharing the stage with acts including The Bug, Melt Yourself Down and Marie Davidson. Between 2014 and 2022 he was a management committee member of the Leeds-based co-operatively run music venue and rehearsal space Chunk.

Claire has worked in the dance sector for over 25 years – firstly as a dancer and rehearsal director for Wayne Mcgregor, Sidi Larbi Cherkaoui, Theatre-Rites and Clod Ensemble, amongst others. She then crossed over into producing and programming for Agudo Dance Company, Akram Khan Company, Nottingham Lakeside Arts and Sadler’s Wells Theatre.

She maintains a teaching practise and has made a significant contribution to health and wellbeing for dancers in company, studio and higher education settings.

Claire joined Clod Ensemble in 2022, as Learning & Participation Producer, to develop the innovative Reboot, Ear Opener, and Clod Intensive programmes. She looks forward to supporting many artists and young people in various areas of their professional development.

Djenaba is an Associate Artist and joined Clod in 2021 as Music and Sound Creator as part of the Jerwood Arts Bursary Scheme. Djenaba uses multidisciplinary skills in sound and visual art in their own work and with Clod Ensemble. They are a multi-instrumentalist, composer, experimental sound and visual artist based in London uses double bass, violin and original sounds to explore alternative communication and connections with space and nature.

Camara joins us as the Digital Creator & Platform Coordinator.

Camara comes from an arts background, having worked in theatre, music and heritage. Camara specialises in content production, graphic design and campaigns.

Camara is a strong advocate for under-represented communities, working to provide access, platform voices and promote awareness of inequality through her art. Camara sits on the Board of Trustees for the Museum of Ordinary People, working to increase access to the arts in South East England. Camara is also an Advisor for Wellbeing in the Arts and leads their QTPOC peer support group.

Pembe is a multidisciplinary backstage creative, specialising in live audio, stage, production and tour management. With a background in youth work, public speaking and diversity consultancy.

Kira is the Digital Platforms Coordinator for Clod Ensemble’s Ear Opener. In her role, Kira is responsible for strategy, planning, content creation and maximizing growth across the Ear Opener social community. She has a background in Music – with a BA in Music Technology from the University Of Sussex, and has worked as a digital content/music consultant managing social channels for Pink Floyd, Phil Collins and up-and-coming YouTubers.

Carly joined Performing Medicine in 2016, as Programme Manager and Associate Artist. She is involved in planning, designing and facilitating arts-based training for healthcare professionals and medical students working with a team of Associate Artists.

She has over 20 years’ experience in the dance sector of pioneering and leading participatory dance interventions with marginalised groups with a focus on transformation including working extensively in criminal justice and mental health both in the UK and Internationally. Carly is interested in the impact of the arts in improving people’s lives, health and wellbeing.

Eliz is Research & Projects Coordinator at Performing Medicine. She studied Psychology (BSc) at Reading University and Global Health & Social Justice (MSc) at Kings College London. Previously working in Market Research and as a Research Assistant at Kings, she has a strong research background and an interest in Global Mental Health where she has contributed to several published journal articles in this field.