An Anatomie in Four Quarters

An Anatomie in Four Quarters is a promenade performance in which the audience cut a path through the auditorium of a large theatre, changing their viewing positions for each movement, until they find themselves on stage.

Featuring an exceptional cast of 38 dancers and musicians, An Anatomie is a spectacular visual poem about human beings’ insatiable desire to get closer to things and a celebration of the theatre building itself. It explores our perception of the human form, the physical structure of the bodies we inhabit and the ways we attempt to see, define, contain, name and value them. 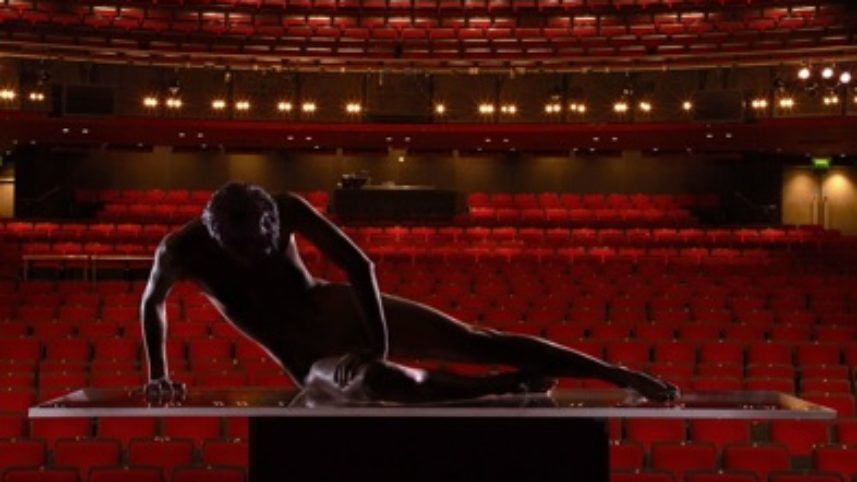 “Clod Ensemble’s fascinating new work should blast away any memories of dull anatomy lessons. I’d advise any student of anatomy, or anyone interested in the functions of human physicality, to see this work.”
The Guardian

“The beauty of Clod Ensemble’s promenade dance piece is that it manages to simultaneously be all about that theatre, all about theatre, all about the individual and all about the human race. It seems an impossibly grand achievement for a show lasting about an hour performed by fewer than 20 dancers, but it’s all very cleverly constructed, from the restricted audience of 200 to the final curtain fall … As the huge stage doors are opened and we blinkingly exit, there is a feeling of having been involved in something with genuine meaning.”
Islington Tribune

Audience reviews on Twitter:
“Anatomie in 4 Quarters by clod ensemble absolutely delightful, strange, beautiful & surprising. What more could you wish for?”

“What can I say? An Anatomie in Four Quarters- inspirational and moving. Sadler’s Wells stripped to it’s core and rebuilt again.” 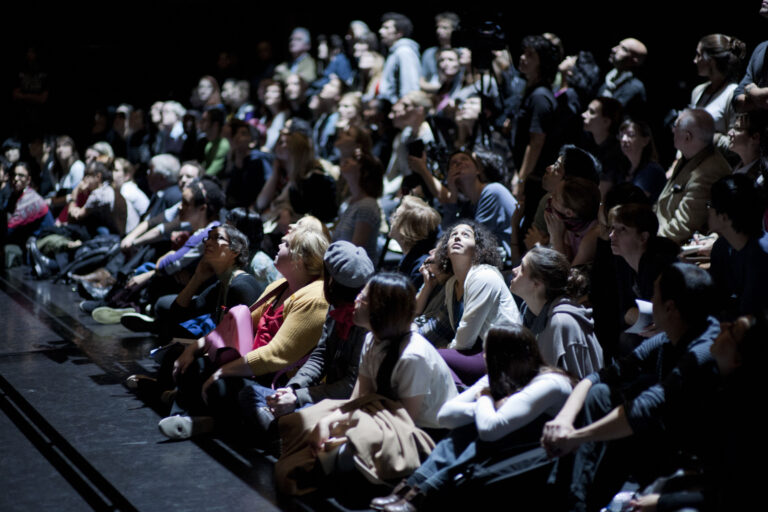