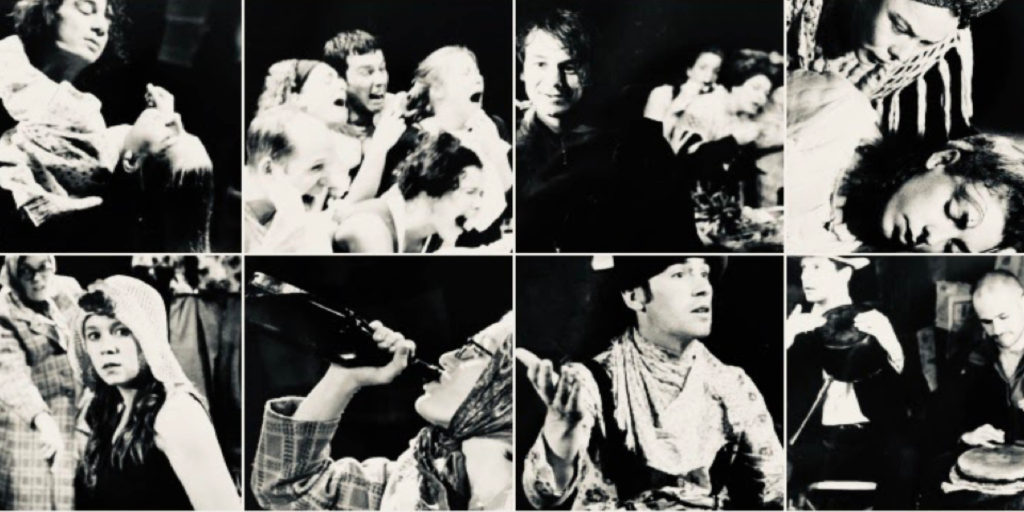 To mark our 25th year we are revisiting our first production and inviting you to contribute to the creative process.
Twenty-five years ago today, we began to rehearse CLOD ENSEMBLE’s first-ever production. It was called The Feast During the Plague and it was based on a ‘little tragedy’ by Alexander Pushkin about a group of villagers who attempt (with varying degrees of success) to celebrate life together during a terrible plague.

In planning how to mark our 25th anniversary we did not imagine that we would find ourselves in the midst of a global pandemic. We were about to announce a live programme to celebrate our body of work and the many hundreds of people who have contributed to its creation – including live performances, talks and workshops and an exhibition of images, music and texts from our archive. Plans have changed.

In light of the current circumstances, we have decided to reimagine The Feast During The Plague, to revisit and rethink the ethics of gathering, as we struggle – both individually and collectively – to comprehend illness and contagion, to work out how to connect and care for each other without physical contact, to quiet the urge to congregate, and to navigate the moral complexities of having a good time whilst others are suffering.

We’re inviting you to contribute.

Pushkin wrote this ‘little tragedy’ when he was in quarantine during a cholera epidemic. It is based on a Scottish play called City of the Plague, written in 1816 by John Wilson and depicts a society living perpetually under the stress of disease. Amongst the villagers, there is a wide spectrum of knowledge and ignorance about the disease, and they all display different attitudes towards their own and others’ mortality.

Our production transformed Pushkin’s eight-page text into an hour-long performance with an equal measure of carnivalesque revelry, argument, lament, dancing and song – with nine actors and seven musicians squeezed into a small studio at Battersea Arts Centre. The musical score drove the action, inspired by both classical music and British folk song – from delicate passages for strings, through to a riotous percussive jam in which the entire company played saucepans and cooking utensils.

We made this piece in 1995, as a group of 20 something-year-olds (some of us just out of the Lecoq school). We were inspired to do it after seeing a Russian production in Manchester around the time of Freddie Mercury’s death in 1991. Then, we were interpreting the play through a lens of the devastating impact of AIDS. It was the beginning of an ongoing concern and fascination with health, illness, medicine and care which we have returned to again and again over the years in many different ways.

But the reality of a global pandemic is not something we had ever fully imagined we would experience in our lifetime, even though scientists warned us it could happen at any moment. Perhaps it’s too soon to begin to try and process what is happening right now and certainly, for many, escapism is the preferred order of the day in challenging times. But because we are struck by how pertinent Pushkin’s 170-year-old text is to our current situation and slightly freaked by the timing of this anniversary, we felt it was fitting to return to The Feast During the Plague, and we are inviting those of you who want to dive into this subject matter, to contribute.

THE FEAST DURING THE PLAGUE [REDUX 2020] – INVITATION TO CONTRIBUTE 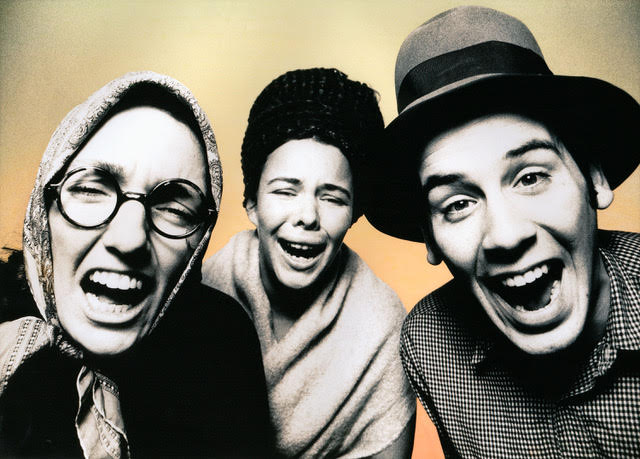 We are imagining new ways we can work creatively from afar during this period.

We have always created material through a process of transposition – one set of movements becoming another. Pieces develop slowly, created by different people over time, with material mutating and evolving in the rehearsal process to become intrinsic to the final production. So, what we are proposing below is not so far away from our normal work process. We’re interested in the fact that movement and music will pass from one person to another in a creative and constructive way.

Over the last week, composer Paul Clark has re-built three sections of the show’s original score, using new recordings made by musicians currently staying inside and one original cello recording from 1995.

We invite you to create either a short sequence of movement in response to one of these three rehearsal tracks, or to add your voice (or another instrument) to the choir of a song. Then, if you want to, we’d love you to record it and send it to us.

We plan to create a live performance and film installation sometime in the not too distant future. We’ll add all contributions to a bank of source material for our company of dancers and performers to work with. Your contribution may be developed by someone or it may be used in its original form. We also plan to share some of these clips online over the coming months. Everyone who contributes will be listed as a collaborator.

We’re all adjusting to new conditions right now, so we are not setting a deadline for your contribution as such. Instead, we will be welcoming your footage for the period that the country is in lockdown over the next few weeks and months.

You can hear Conor Lovett reading the Priest’s monologue from the Pushkin text here: 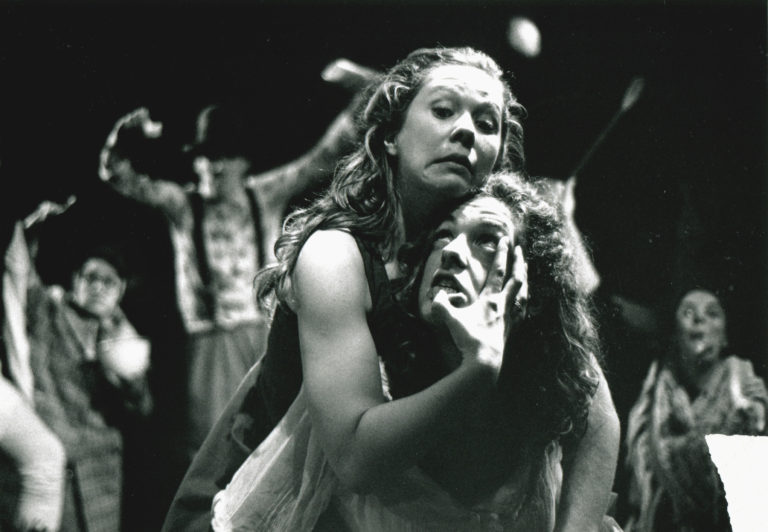 Feast During the Plague
A musical adaptation of Alexander Pushkin’s little tragedy,