Feast During the Plague

In the midst of a terrible plague a group of friends attempt to celebrate life, together. Led by an ebullient Master of The Revels, the villagers surreptitiously gather… to have a party…

Pushkin wrote this ‘little tragedy’ when he was in quarantine during a cholera epidemic. It is based on an Scottish play called City of the Plague, written in 1816 by John Wilson and depicts a society living perpetually under the stress of disease.

In Spring 2020 we returned to this piece with a project called The Feast During The Plague [REDUX 2020]. See this blog post for more details.

“A strikingly complex work brought to exuberant life by a cast of eight and a six piece band .. an impressive production fuelled by a smouldering mass of robustly observed often comic detail.” Time Out

“A promising debut from a young company who might be cloddish by name but never by nature.” Time Out 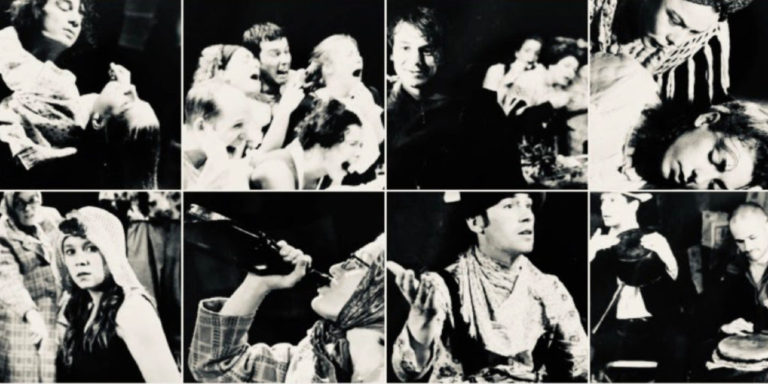