What to expect – The Black Saint & The Sinner Lady Interview 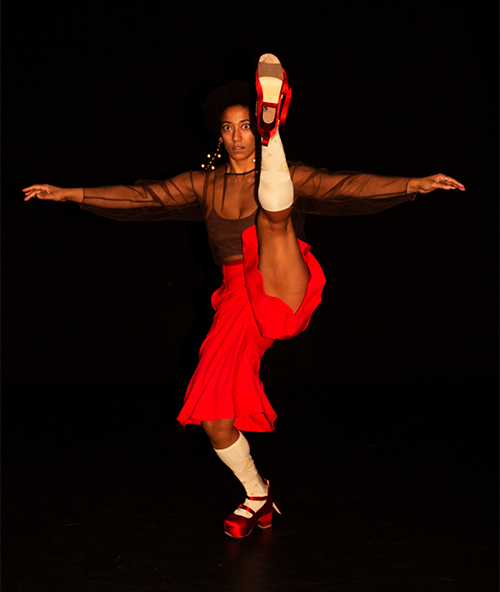 In 2013 Nu Civilisation Orchestra performed Charles Mingus’s jazz masterpiece The Black Saint and The Sinner Lady to a sold-out audience at the Purcell Room as part of the EFG London Jazz Festival. Sat in the audience were Suzy Willson and Paul Clark of CLOD ENSEMBLE.

Energised by hearing one of their favourite albums performed live by such an extraordinary group of musicians, Suzy and Paul approached Gary Crosby and Peter Edwards of Nu Civilisation Orchestra with a proposal to collaborate on a version of the piece that would paint it as Mingus originally intended…as a piece to dance to. It was scheduled to take place in May 2020, in Shoreditch Town Hall’s beautiful Assembly Hall and set to be a night of inter-generational social dancing for the people of Hackney.

Fast forward to November 2020, and CLOD ENSEMBLE and members of Nu Civilisation are working with a company of world-class dancers to present an online Listening Party, which will take place on 19 November. Together we will be listening to the album in its original recorded format performed by Charles Mingus and his band, with commentary from Suzy, Peter, Gary and Paul. Although Nu Civilisation will not be able to play live as originally planned, it will remain a celebration of Mingus’ wildly sensual, rhythmically explosive classic album – of both the music and the movement it inspires.

Here Gary, Peter, Suzy & Paul talk about what audiences can expect from the Listening Party, and reflect on one of their all-time favourite albums.

When did you first hear Mingus’ The Black Saint and The Sinner Lady and what was your reaction/ what were your initial thoughts on it?

GARY CROSBY: I first listened to it [The Black Saint and The Sinner Lady] in the early 70s, as a teenager. It’s funny how – straight away, when I first heard it – I thought about dance. Of course, the titles of the tracks refer to dance, but I saw Mingus trying to associate with dance straight away.

PETER EDWARDS: I first heard it as part of my brother’s album collection.  At the time, I was just starting to become more familiar with Mingus’ work, and with extended stuff overall. Until then, I was listening more to compilations, but by then I was starting to appreciate full albums by Ellington, for example. Mingus’ stuff was so different: no filter, very soulful, lots of feeling of church. Overall, I would say dangerous music.

SUZY WILLSON: Paul introduced me to Mingus’ album first. There is something about jazz big bands that I’ve always loved – the brass section in particular – there is a visceral life force to that sound.

I also find that there is something visually exciting about groups of people coming together to perform as a collective, be it bands or groups of dancers. Even more so in the case of a big band as the musical instruments are involved, with their own life, spirit and visual impact. To me the piece is held together by a finely structured architecture which allows for variety and difference – to shape shift –  a powerful container for moments of wildness, serenity, contemplation and joy.

PAUL CLARK: I saw an article in The Wire magazine, about 30 years ago, some kind of “classic album” feature. I’d already heard a couple of tracks by Mingus, but this was pre-Internet and none of my friends had anything else for me to listen to. I bought the album on CD and was immediately blown away – I’d never really heard a big band sound like this. The music intense and surprising – catchy with hooks like a pop song, infectious and rhythmic like a dance track. 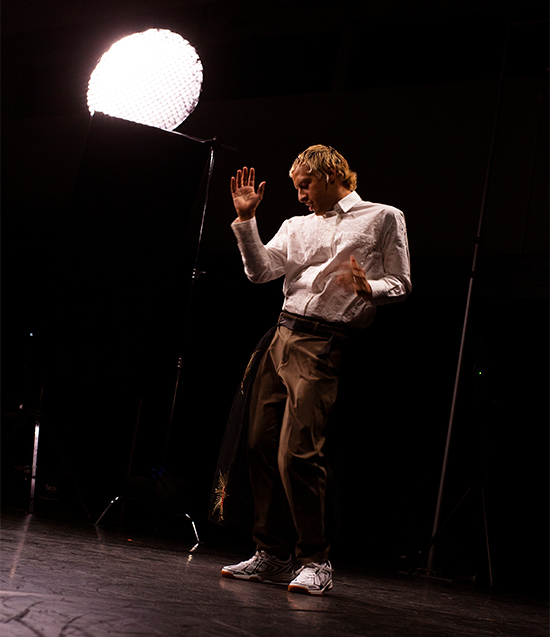 Performer: Tylor Deyn. Items from the collections of Simone Rocha and Slim Barrett.

This piece has been reimagined for an online audience as a Listening Party. Can you tell us a bit about the process of creating it and what we can expect? How will it offer us new ways of listening to the record?

SUZY: I never imagined that we would be making an event like this! The live performance was intended to be an event where audience and professional dancers could move to the music together – that the choreography would be embedded within the group experience and of course that we would be listening to the music live and be in communication with the amazing musicians of Nu Civilisation Orchestra. We are hoping that one day we can make that dream come true. Meanwhile, we have been listening to the music together – learning from Gary and Peter and improvising to it.

In rehearsal for all of CLOD ENSEMBLE’s work, to help us listen deeply to music we move to it and watch others moving to it. We wanted to share this way of listening.

So what you will see on the 19th November is the result of an extraordinary collaborative effort. You will see a company of exceptional dancers who we have been working with over the last few months both online and in the studio, moving to the music in a semi-structured improvisation. They will guide you through this incredible musical odyssey. We asked local designers that we know to lend us clothes for the event – Simone Rocha, Art School and Eudon Choi. Their pieces were brilliantly styled by Marianthi Hatzikidi to create another magical world. Mingus was inspired by his trips to Mexico which is reflected in the clothes you will see. There are also guest appearances from local Hackney residents and from carnival arts organisation Tropical Isles, wearing their incredible carnival attire.

I think for all of us involved it has been strangely therapeutic to listen to this particular piece of music again and again during these times. It is so vast, so complex, so full of love and life. 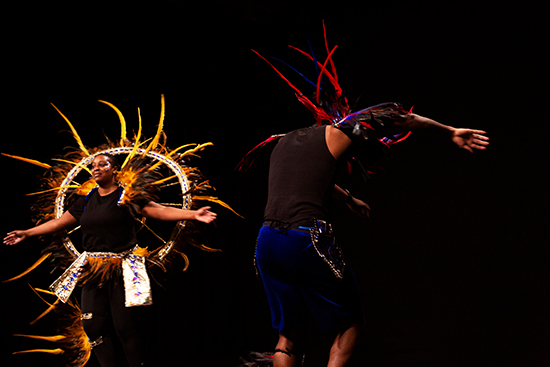 Performers from Tropical Isles, wearing pieces from their archive

PAUL: We wanted to build on some of the thinking we’d done in developing the original live performance and make an event which would work in the event of a second lockdown – something completely new and designed to be watched at home. We wanted primarily to celebrate and share this amazing piece of music and some kind of listening party seemed like the way to go.

Since CLOD ENSEMBLE’s very first piece we’ve been fascinated by how the eye and the ear affect each other. In a complex piece like The Black Saint and The Sinner Lady, there is a lot to listen to. Adding a visual element can help guide the ear and bring out things in the music you might not have noticed. This idea was our starting point – a listening party with a visual element that helps you listen.

We invited a group of incredible dancers to get to know the music and improvise to it, gradually creating the material that will be at the heart of the Listening Party. We had to rehearse in a COVID secure rehearsal room with dancers distanced from one another. The restrictions led us somewhere creatively interesting – it has become crucial to the way we filmed it and what the audience will see.

What does the music on the album mean to you? Does it trigger specific emotions?

GARY: There is a fearless expression about his music . I like the sense of “chaos” in Mingus’ music. Even in an album, the result is never over-rehearsed to the point of losing its energy, but it’s always risky – and the greater the risk, the greater the reward, as they say!

PETER : If you compare his music to Ellington’s, whose compositions are very refined and elegant,  Mingus’ work was very different – “down and dirty”. It makes you think: “Wow – you are allowed to do that!?”

Something like Moanin, it builds and builds in segments, in huge climaxes. What is different in Mingus’ music compared to other artists I was listening to at the time, is that his music speeds up, then slows down, is very romantic, then very frantic – all in the same tune.  His instrumentation was very interesting as well, making small bands sound huge, and using soloists in very peculiar ways, with textures changing from dense to a spotlight on just piano or bass. He has a way of featuring instruments which was different from anything I had ever heard before. You can’t ignore it.

Why do you think The Black Saint and The Sinner Lady lends itself to being experienced physically through movement? What is jazz’s relationship to dance over its history?

GARY: The origins of jazz are as music to dance to – so with The Black Saint and The Sinner Lady we are still in the realm of how this music was enjoyed early last century: with people dancing to it. But, of course, Mingus’ album has this extra element of contemplation, where its dance qualities are influenced by classical music. In three or four places, it’s connected to classical music and its intentions are to make you more thoughtful. Other sections definitely delve more into this contemplative aspect: the Spanish guitar part cadenza, for example, has very little to do with the origins of jazz, and more to do with an instrument playing something contemplative. 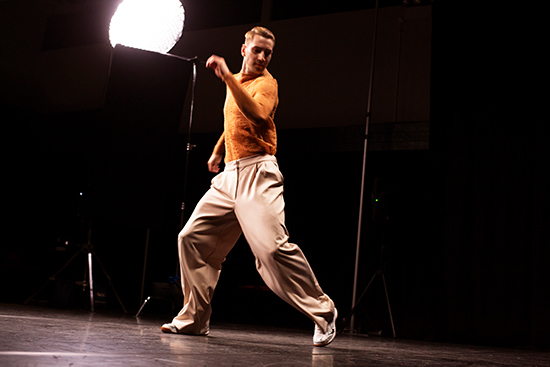 Do you see a shift lately in how audiences want to enjoy Jazz?

GARY: I think lately jazz has become more part of everyday culture – nearly all the people I know have at least a copy of Kind of Blue or some Miles Davis album, some Ella Fitzgerald album – and I am not referring to jazz lovers as such, but musicians of other genres, or people who do not necessarily have any relationship with performing music. These are the people we are reaching out to. And this is where the pure functionality of the music comes in handy, when we are sort of returning to what the music was initially designed to do: making you want to move.

PAUL: Personally, I think it’s a brilliant moment for jazz and improvised music right now. And, I also think we have to mention that many of the prominent artists on the UK jazz scene have come through Tomorrow’s Warriors, the sister organisation of Nu Civilisation Orchestra (Shabaka Hutchings, Cassie Kinoshi, Nubya Garcia). I was talking to Cassie a few weeks ago and she was talking about how important Tomorrow’s Warriors was for her – how having a sense of community and shared learning has created a really vibrant scene, where it’s not just about preserving old music, but making something new. 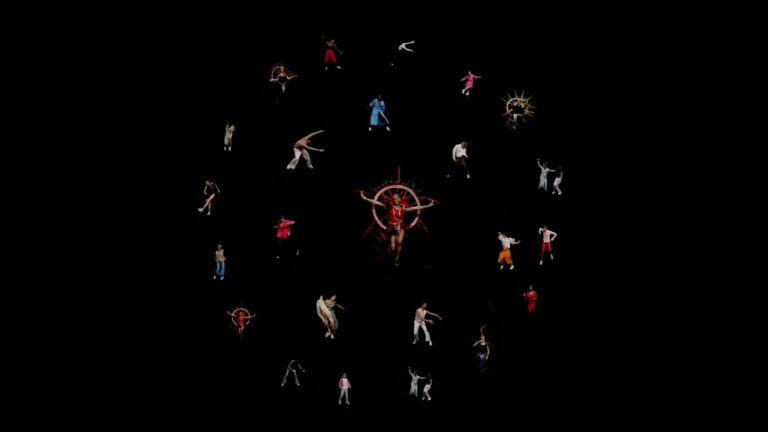 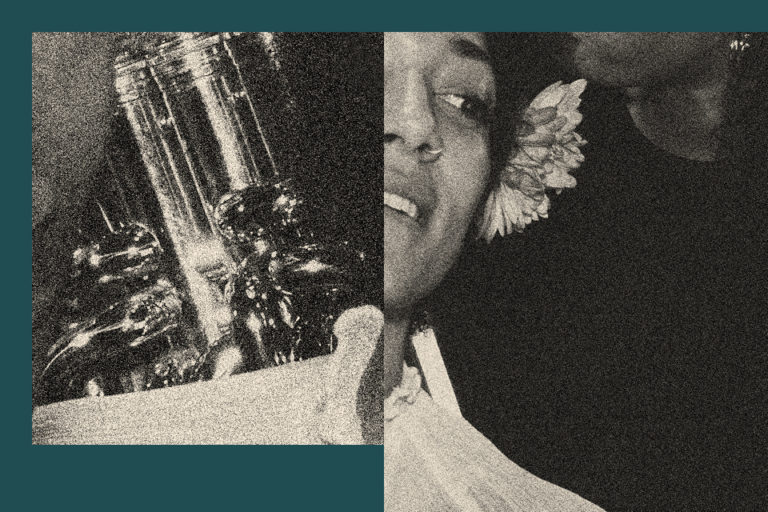 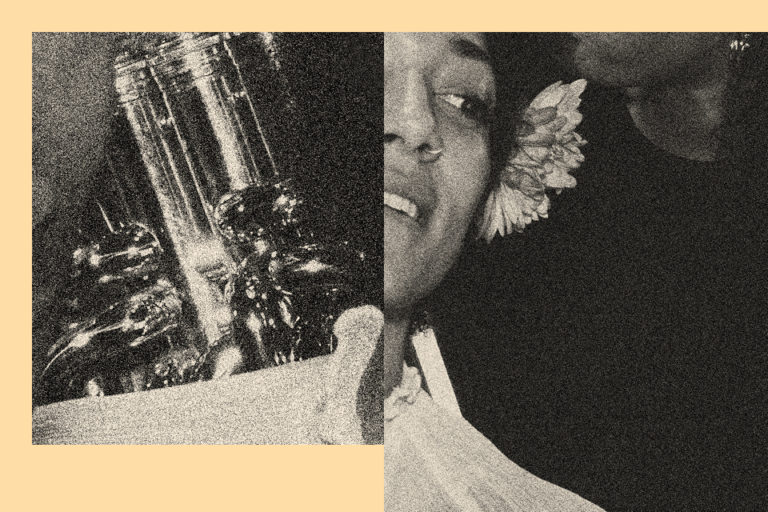