Featuring a choir of seven unaccompanied singers, Silver Swan is set to Paul Clark’s acclaimed score which takes two seventeenth century melodies and weaves them into a beautifully haunting texture.

A performance that responds to the space in which it is performed – sometimes a choreographed concert, sometimes a visual poem featuring dancers and actors – Silver Swan has been performed at venues including Tate Modern’s Turbine Hall, V&A’s Raphael Room and McEwan Hall, Edinburgh.

Buy the complete recording of Silver Swan on iTunes.

“Audacious imagery and soaring voices fill the Tate’s great hall… The acoustics are cathedral-like; as these unaccompanied voices penetrate every part of the space, they acquire an awesome, disembodied power.” The Guardian

“The music by Paul Clark is achingly divine. Thrilling textures soar high and sweet, or brush against momentary discords.” The Herald

“A creation that stands out from the crowd” Three Weeks

“A truly timeless experience” The Stage

Silver Swan was originally commissioned by BAC and supported by ENO Studio and the National Theatre Studio. Since then it has been supported by Garrick Charitable Trust, The Leche Trust, PRSF, RVW trust and the Hinrichson Foundation.

First performed at BAC in 1999. Since then it has been performed at The Raphael Room at the Victoria and Albert Museum as part of British Architecture Week, The Linbury Studio at the Royal Opera House as part of the Festival of Firsts, The McEwan Hall at Edinburgh Fringe Festival and Tate Modern’s Turbine Hall. 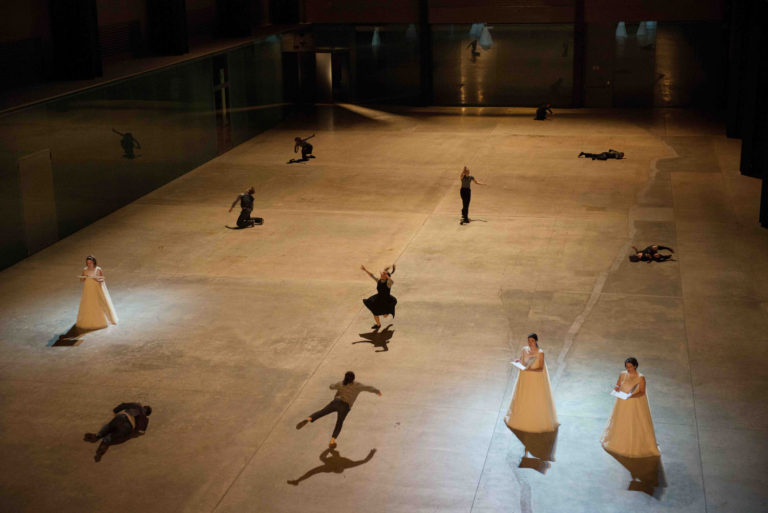 Blog
An Inventory of Falling